The store will re-open at 5:40 pm Mountain Time. 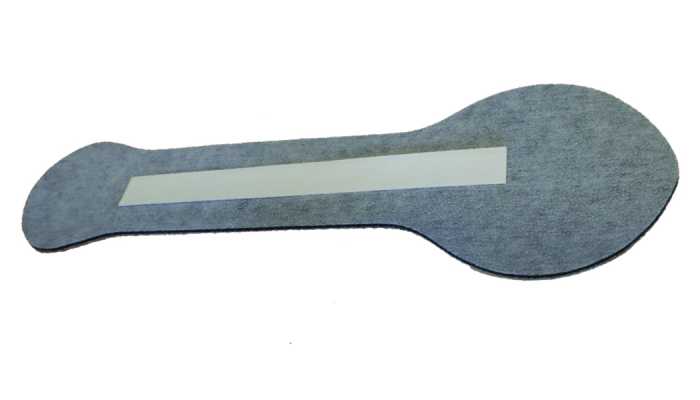 The Totally Scents-Less™ Feminine Pad is an all-day, every day pad for odor control and elimination. Soft, comfortable and reusable. Yes, it is REUSABLE, wash and wear again! Intended to last several weeks.

The material that makes up this activated charcoal pad is the very same material that was developed for the British Chemical Defense Establishment, to provide protection to its soldiers against nerve gas and other toxic vapors associated with chemical warfare.  What this means for YOU, is that Fem-D will eliminate any embarrassing odors associated with flatulence, vaginal and menstrual odors.

The Totally Scents-Less™ Feminine Pad can be used on a daily basis or as needed. Each pad can be washed repeatedly and still maintain its effectiveness. The Feminine Pad will last up to several weeks, depending on its use and washing.

How it Works.
The pad is made from special activated carbon cloth that has a high surface area that can neutralize a very large amount of odors and gases very quickly, that is why the pad can last so long. However, the carbon cloth does have a saturation point. While the cloth will not release the odors/gases, it will not continue to neutralize odors and will need to be replaced at some point.

Thin and light weight, each Totally Scents-Less™ Feminine Pad is 1/16" thick, 12" long, and can be cut to size (if needed) with scissors.

Easy to understand directions include.

One pad per package with 10 adhesive strips. (Can be easily worn without the strips.)